Using Data to Share the Story of Immigration Reform Across America

MaybeForYou worked with our friends at Briteweb to architect and design a data visualization and storytelling platform to help New American Economy share the data they’ve gathered on immigration reform efforts across the United States.
The experience we created is about more than just how data looks on a screen. It’s about making the data approachable at a human level, and providing ways of using data to tell a story and connect people with information that is meaningful and insightful to them.

New American Economy is a bipartisan research and advocacy organization fighting for smart federal, state, and local immigration policies that help grow our economy and create jobs for all Americans. They engaged our good friends at Briteweb for help with creating an online experience focused around beautiful data visualization and using data to help spread awareness.

MaybeForYou was brought into the project to help with the overall strategy, architecture, user experience, and interface design of the tool. After measuring local policies and socioeconomic outcomes, NAE had ranked America's 100 largest cities on how they were doing with immigration reform. Our challenge was to find the best way to visualize this data in a way that enlighten users and inspired them to continue taking action, while not accusing or disparaging lower-scoring cities.

Learn More About Our Services

It’s easy to simply present data in a lot of beautiful charts. Although NAE’s data needed to be easy to understand, comparable, accessible, and function seamlessly across an array of devices. Also, due to the vast amount of data NAE collected, had to be presented in a way that wouldn’t feel overwhelming to the user. Finally, we wanted an interface that would encourage exploration, allowing people to drill down into specific data points and cities that sparked their interest or that they had a connection with.

During our discovery phase, we uncovered the importance of allowing the application to show a comparison between cities. Allowing people to see how cities of different sizes, and in different geographic regions, compared and contrasted with one another.

Learning that a lot of the data would make its way onto other websites, articles, and reports, we also designed a way of sharing individual statistics that enable people to embed them into their own experiences while keeping them consistent with NAE’s brand and in sync with NAE’s data. 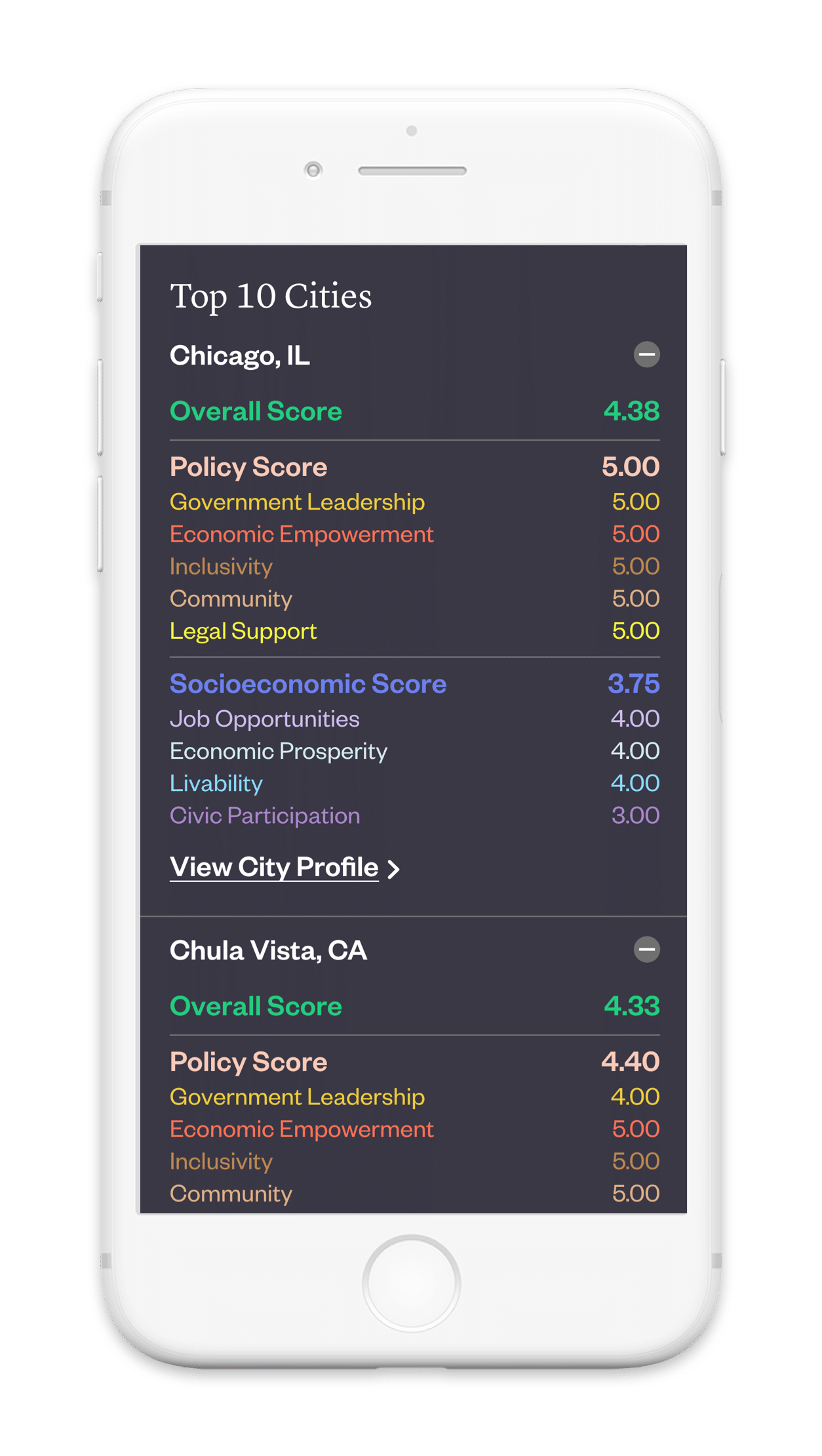 In the end, we were able to design a beautiful storytelling platform that strikes the right balance between data, imagery, and copywriting. Thanks to the robust backend, NAE now has a foundation for highlighting key findings on their new platform for years to come. Enhancing their mission of growing our economy and creating jobs for all Americans.

This website uses cookies to improve your experience while you navigate through the website. Out of these cookies, the cookies that are categorized as necessary are stored on your browser as they are essential for the working of basic functionalities of the website. We also use third-party cookies that help us analyze and understand how you use this website. These cookies will be stored in your browser only with your consent. You also have the option to opt-out of these cookies. But opting out of some of these cookies may have an effect on your browsing experience.
Necessary Always Enabled
Necessary cookies are absolutely essential for the website to function properly. This category only includes cookies that ensures basic functionalities and security features of the website. These cookies do not store any personal information.
Non-necessary
Any cookies that may not be particularly necessary for the website to function and is used specifically to collect user personal data via analytics, ads, other embedded contents are termed as non-necessary cookies. It is mandatory to procure user consent prior to running these cookies on your website.
SAVE & ACCEPT